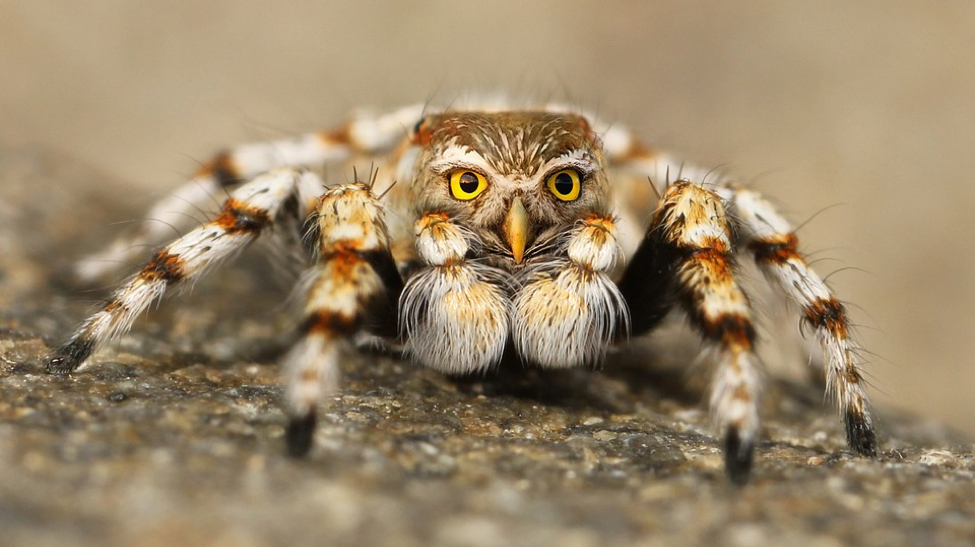 Just because you see it online, doesn’t mean it’s a fact… How to develop a spider-sense for fake news?

The second session of my social media class dealt with the topic of fake news, one of the most hotly-debated socio-political topics of recent years. Websites containing hoaxes and misleading information pop up across the Internet and are often shared on social media to increase their reach – by both human users and artificial bots, deliberately or unintentionally spreading disinformation. In this session, we talked about critical consumption, and how we can make good choices about what we give our attention to, about where and how we seek out expertise and perspective, about how we process what we read and view.

Do we have a problem with fake news?

Fake news is a politicized and controversial term, used both to criticize mainstream media and to refer to problematic content online.

As I live in the US, and am teaching this is class at a German university, we were specifically looking at the situation in these two countries. Contrasting the two countries helped us recognize fake news as a global phenomenon with regional differences.

Some data points from statista.com:

While the problem is perceived as significant in both countries, Germans have a higher trust in traditional mass media, and consume overall less news via social media. 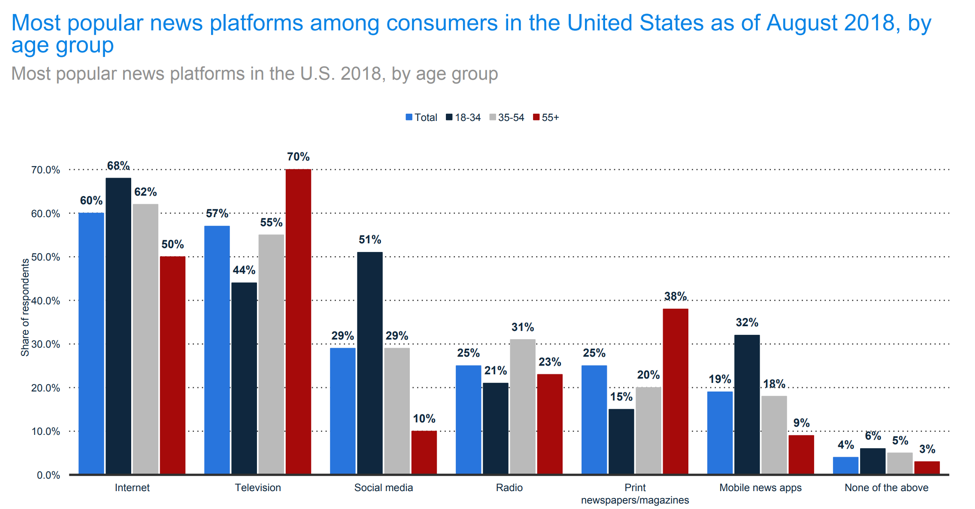 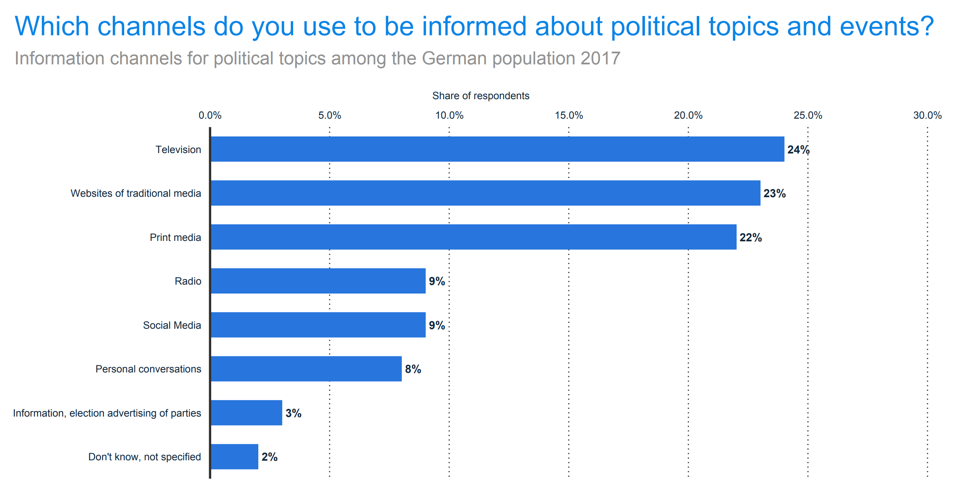 In preparation for the class, I looked at the tool hoax.ly. Specifically, I wanted to understand how this tool can help to get a sense of how disinformation spreads through social networks, particularly Twitter.

How biased or diversified is your social media feed? I shared some examples from my Facebook wall that had been analyzed with the Google Chrome media bias extension.

Bots (artificial computer profiles) play a significant role in spreading fake news. They spread fake news in two ways: They keep “saying” or tweeting fake news items, and they use the same pieces of false information to reply to or comment on the postings of real social media users.

Social media bots are easy to build. They leverage AI (artificial intelligence) algorithms, and have the purpose to amplify information. Amit Agarwal describes on the ‘Digital Inspiration Blog’ how to build a Twitter bot in mere five minutes.

The website ‘This person does not exist’ allows you to create fake profile images based on an AI algorithm. 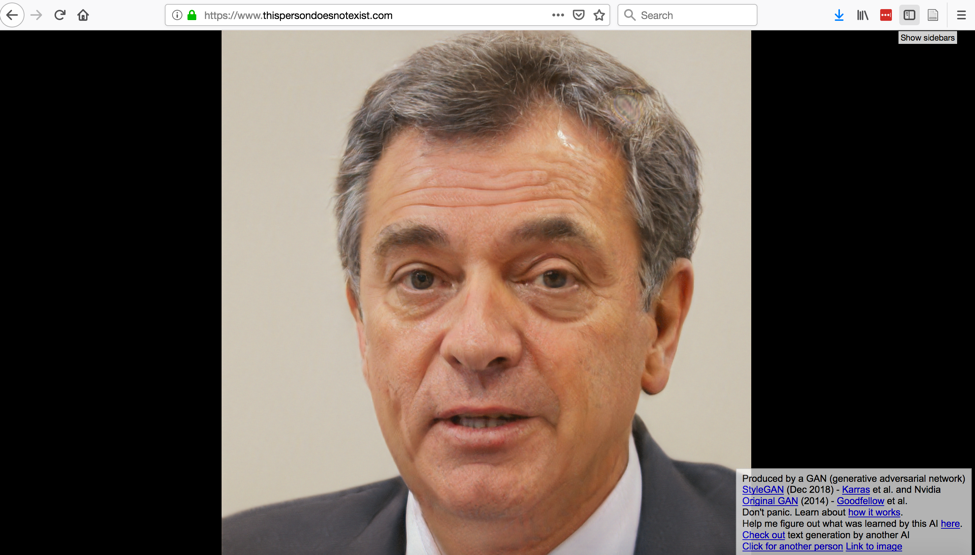 Researchers are trying to discern if these AI products played an influential role in the 2016 US election, in the Brexit referendum and in the Ukraine conflict.

Research interest in fake news is definitely on the rise: A search in the portal SCOPUS reveals that the number of research papers published on the topic of fake news jumped from 5 in 2016, to 247 in 2018. 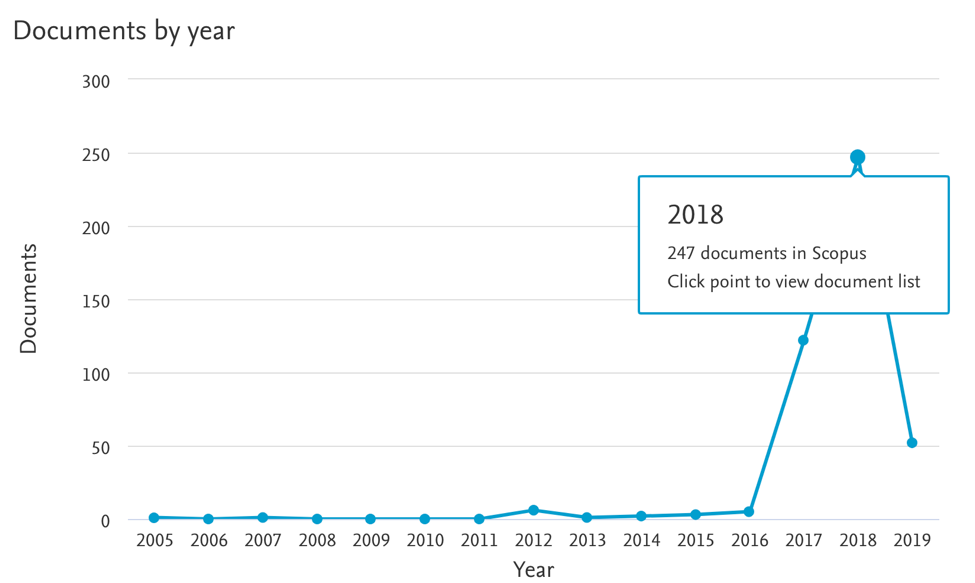 The majority of publications in SCOPUS stems from the social sciences and computer sciences, and authors are predominantly from the U.S. or U.K. 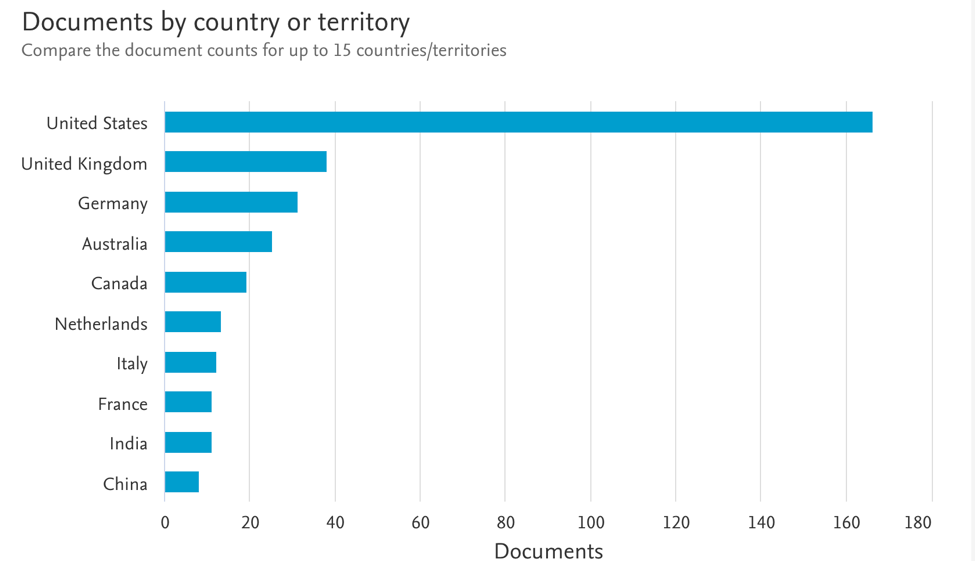 A search in web of science reveals that fake news is an interdisciplinary research topic – garnering interest from communication, information and library science.

What Can You Do?

The OER textbook ‘Web-Literacy for Student Fact-Checkers’ is a tremendously helpful resource for people who care about facts. In class, we talked through some of Mike Caulfield’s main points.

As their assignment, I asked students to complete a ‘4 Moves’ fact check, and document how long it took them, and how easy they found the process.

My first notice that disinformation online should be a subject that teachers think about, and incorporate in their lessons resulted from the Innovating Pedagogy Report 2017. Since then, I owe my emerging awareness and understanding of fake news to two people, who greatly shaped my perspective on the subject:

Rogers, S. (2018a). Interview with the Creators of Hoaxy® from Indiana University. AACE Review.