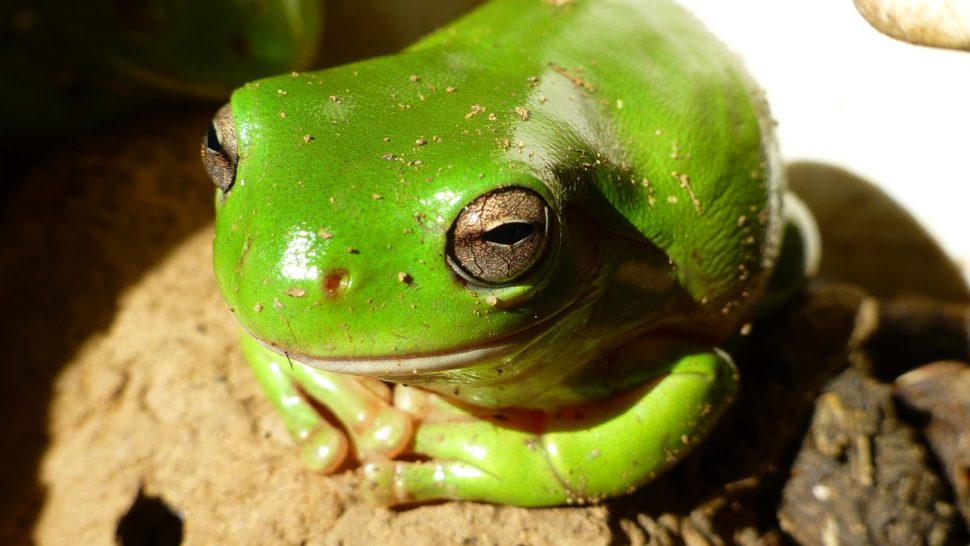 What is Frog ID week, and why is it so important?

Frog ID week is when Australians across the states use a free app from the Australian Museum (ios and Android) to record frog sounds and analyse the recordings with assistance from the app to find the species. The app gives you sample recordings that help you match their call. Then, in a few days, it gets checked by moderators to correct and verify if there was a mistake. When the audio gets confirmed, it gets placed on a map of Australia, and you can see what species were found, where and when. People are taking part because there has been evidence that frogs are dying and sick in Australia, and scientists need to find out why. So while not all of the frogs in Australia will be recorded, it will help scientists research why frogs are dying. The Frog ID week results for 2022 are already over 17,000 verified frogs, with 97 species found.

How did we get involved, and what did we do?

We followed a local creek to a wetland that we thought might have frogs and was within cycling distance. Unfortunately, the wetland was closed because there was too much rain, so we went home without any frog data.

The next day, we used Google Maps and cycled further downstream to an ephemeral wetland which is a wetland that dries up. We stood there for about 10 minutes getting frog recordings and found two species using the app. The app was helpful because it gave us pre-recorded suggestions of matching frog calls to help us manually verify the frog species. We got the recordings at 10 am and believed we would get better recordings when it was dark.  A few nights later, we went at dusk and found the same frog species. The frog species we recorded (not yet verified) were the Spotted marsh frog (Limnodynastes tasmaniensis) and the Common Eastern Froglet (Crinia signifera).

Frog ID week gave me ideas to use in different subjects such as art, creating a diorama of the habitat we discovered, including making a clay model of the frog species and a way to play the sounds. I’m also making a science poster. Before doing Frog ID, I didn’t know much about what local species and habitats we had. It allowed me to learn how frogs live in a habitat. I would’ve found this activity challenging without the app to help identify the species.

From what Lewis has shared, I hope this inspires you to seek out similar citizen science projects in your own local area and to explore how apps can augment low-tech and nature-based learning. An invaluable framework I find myself constantly returning to in our home-schooling quests is Mitchel Resnick’s Creative Learning Spiral (imagine, create, play, share, reflect) and his excellent tips for cultivating creativity!